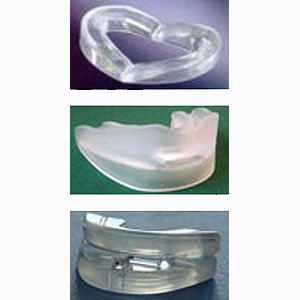 Snoring is produced by the vibration of the respiratory structures because of obstructed air movement as a person breathes during sleep. The sound produced by these vibrations can range from being tolerably soft to unpleasantly loud. Snoring is also one of the first signs of a more serious underlying condition known as obstructive sleep apnea.

The structures that are involved in producing the snoring sound during sleep are the soft palate and the uvula. Irregular airflow is mostly caused by a blockage in the air passage, mostly due to throat weakness, which causes the throat to close or rest during sleep, as well as an ill-positioned jaw, which is brought about by too much tension in the muscles. A fatty throat also contributes to persistent snoring, as well as an obstruction of the airflow in the nasal passageway. When the soft tissues at the top area of the airways touch each other, their vibration produces the same snoring sound as relaxed throat muscles. Sleeping on your back may cause the tongue to pull back way inside the mouth, causing further obstruction of airflow.

Snoring, for some, is but an annoying habit. However, it may lead to more serious complications like obstructive sleep apnea, which reduces blood oxygen saturation during sleep, often resulting to difficulty in breathing during sleep, and even upon awakening. This sleep disturbance often causes fatigue, daytime sleepiness, along with more serious health risks like cardiovascular disease, stroke, high blood pressure, clinical depression, diabetes, and even obesity.

Snoring can be prevented by using special dental appliances, collectively known as mandibular advancement splints, which typically advances the jaw, causing the tongue to pull forward, therefore preventing blockage of the passage way. These devices are more preferred by patients than traditional CPAP machines. These types of dental appliances can be gotten from a sleep apnea dentist, and are very effective in reducing sleep apnea and the accompanying snores in people with mild to moderate apnea.

While it is possible and significantly cheaper to get mandibular advancement splints over the counter, (splints made from EVA polymer and similar materials used in sports mouth guards) they are far less effective in correcting the jaw position during sleep than customized splints. This often results to joint pain, unlike professionally fitted and personalized devices that includes an adjustment mechanism so that users can increase or decrease jaw advancement to their comfort.

Email us and we'll get back to you! Thanks